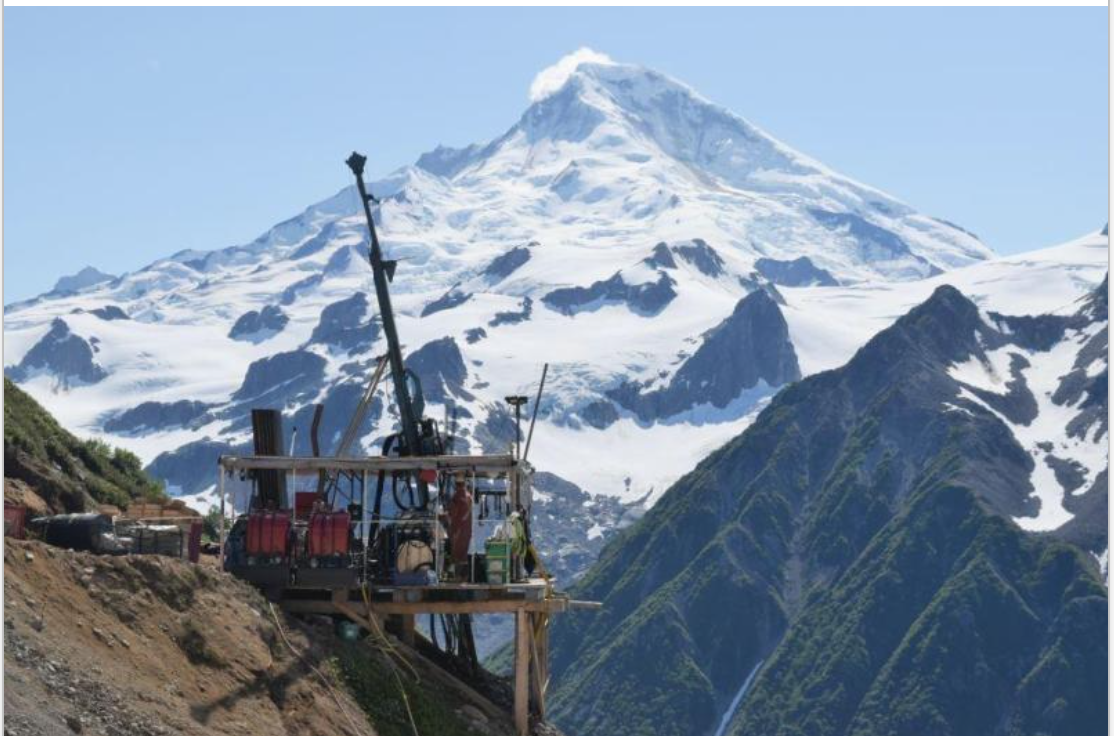 Life is precarious.  To risk is to live so you have no regrets. For some explorers there is a risk of falling from a lofty perch into the depths of the deepest chasm.   Should we castaway plans and projections in these fragile times?.  What we have left are little stories we tell ourselves based on what we think we know and what we think might happen.  We call these little stories scenarios. We have a delusion of control. But we stumble into fortune and stagger back from failure. As the Scots poet Robbie Burns said “The best laid schemes o’ mice n’ men“. But yet Sun Tzu said that “Strategy without tactics is the slowest route to victory. Tactics without strategy is the noise before defeat.”

Maybe we should have a healthy disregard for predictions and forecasts pushed forward with some sense of gravitas and devise our own humble strategies and tactics to tackle various scenarios we base on our experience and project from our imaginations.

On May 15th in “My Anything But Paper” the gold price was at US$1,744 and today it is at US$1,810.  The silver price was at US$16.09 and is today at US$19.40.  The gold to silver price ratio then was around 108 and is  now down to 94. The price of both metals might fall but the I like to think the gilded argentum ratio maybe heading even lower and back toward the long term median and its old normal.

In the Parable of The Talents[2] one servant buried his talent-weight[3]  in the ground rather than put it to work to grow value. The master was angry with the hoarder because he did not make the most of the talents he was given.  Maybe the master would also be angry with the gold investor for the same reasons. But  the servant who buried  his talents might have the last smile if the talents that some labourers put to work are lost in the pestilence. But gold represented by the buried talent would have a pyrrhic victory if it was due to the demise of the global economy. As regards risk it seems gold and silver are for the young prospector and the old investor. I do know that you need a lot of luck to make discoveries but “the more I explore (practice) the luckier I get” and I hope that Gary Player, the great South African golfer, will forgive me for mangling what he once said.

Last July I mentioned the concept of the Black Swan in the context of cobalt mine supply and world geopolitics in my blog “A Cobalt-Blue Swan”. Was Covid-19 a “Black Swan”?[1]  Let’s tick off the checklist.  Yes, this pandemic is an extremely rare event,  It certainly has had severe consequences already due to morbidity and mortality on the scale of this pestilence. But the jury is still out on whether this virus will cause catastrophic damage to the global economy as we do not know yet if there will be a second bigger wave similar to the Spanish flu in 1918.  But was this viral Black Swan wholly unpredictable? Could we have  prepared for this pestilence by building more robust systems?  I would certainly argue for more robust systems certainly. One could argue that this pandemic was wholly predictable if we had not ignored history. It may have been avoidable if there was not such widespread conceit about what we thought we knew and what we thought we could control  and as a consequence our cavalier lack of preparedness. The same could be said about Climate Change and whether our planet will thrive again or malinger and wither.

I suppose we  can easily argue in hindsight that a Black Swan event is predictable.  But that  is usually after the fact.  The trick as we all know is to have our predictions accepted and acted upon beforehand.  We have always lived in a world of fake news and false prophets.  In some way we need to separate the black signal from the white noise.  We  hear so many predictions about where economies are heading, where the prices of bonds, equities and commodities are trending.  The financial guru seeks out the gullible.   A quasi quantitative approach based on our standard forecasting tools might seem more credible through the hypnotic effect of numbers but actually increases our vulnerability to black swans through a mirage of false security.   There is something comforting in  financial models that predict an NPV and IRR.  It is perfect math.  But the world is far from perfect.

I mentioned a mid-tier gold producer called Iamgold in my blog back in mid-May when the share price was CDN$5.25.  Iamgold is one of the larger mid-tier lower margin gold producers among its peer group.  The rationale is that its low-margin cash-flows are more highly levered to a rising gold price.  The share price is up 15% over the past two months to just above CDN$6.00.  It has been an interesting ride with the share-price as low as CDN$4.34 on June 18th for no particular reason that I can see,  On July 2nd Iamgold heralded release of its Q2 results on August 5th.  I guess some punters must be expecting an outperformance.

In June 2014 as Vice President of Exploration for Sovereign Mines of Africa I hosted a site visit from AngloGold Ashanti to the Company’s Mandiana gold project in Guinea.  We were in the borderlands between Guinea and Mali and just over 150 kilometres from the town of Kouroussa where there was a recorded case of ebola.  The 150 kilometres was important because this was the limit outside which the AngloGold geologists were only permitted to travel.

In June the monsoon rains sweep in from the west across the Fouta Djallon mountains of Guinea to soak the border region with Mali.  The Niger River rises in hills along the border with Sierra Leone and flows away from the Gulf of Guinea for just over 4,000 kilometres in a great arc to the north and gently in a great broad sweep through the Sahel.  The great river flows through  the cities of  Bamako, the capital of Mali, and on to Mopti then skirting Timbuktu and then in a gentle swing to the south through Gao and onto  Niamey in Niger. The Niger River finally leaks rather than gushes in fluvial varicose veins that coagulate in the swampy lands of a great delta on the Gulf of Guinea just down the coast west of Port Harcourt.

Mandiana is in a very remote behindhand of sub Saharan Africa.  The most direct way to reach the Mandiana gold project in the extreme east of Guinea was to come in through Bamako from the Mali side.  This route  avoided  a three day back-wrenching journey by car from Conakry on the Atlantic across the full width of  the country. It is not safe  to travel after dark in Africa and darkness falls suddenly at 11 degrees north of the equator.  We could drive from Bamako south on a two-lane sealed road and cross the border into Guinea at Kouremale. The route was then down to Siguiri hugging the west bank of the Niger River and from then there it followed a  dirt road south for about 40 kilometres following  a gentle bend of the great river to Sansando.   A quicker way in the dry season when the water level in the Sankarani River was low was to branch off the road from Bamako to the border and come down through Yanfolia and then take the small barge-ferry across the Sankarani River near the diamond-trading town of Banankoro.  The rustic barge-ferry could only take Landrover at a time.  Yanfolila was a gold exploration project that I sourced for a small Irish Junior exploration company called Glencar Mining back in 2003 and after considerable investment of time and money by Gold Fields of South Africa it was sold to Hummingbird Resources and put into production.

Cassidy Gold, a Canadian junior exploration company based in Kamloops,BC had been exploring the eponymous gold mine near Kouroussa in Guinea since 2002 and by 2008 Cassidy had established a NI 43-101 compliant gold resource of 6.7 million tonnes averaging 2.2g/t containing 470,000 ounces of gold in the indicated category and 8.8 million tonnes averaging 1.7g/t gold in the inferred category containing 480,000 ounces of gold.  At that time Cassidy had a market capitalization of CDN$20 million.  By May 2017 Cassidy had placed the Kouroussa gold project on care and maintenance for “technical issues”.  Cassidy delisted from the TSX-V in 2016.  Jim Gillis one of the four  founders of the company back in 1996 said that 90 per cent of shares were controlled by a Malaysian firm who had invested a total of $30 million, “so we decided to privatize it.”  There were 500 million shares on issue at the time of the delisting.

In June this year Hummingbird Resources (AIM-listed)  acquired the Kouroussa Gold Project from  Cassidy Gold Corp for £10 million in shares (US$12.63 million) through the issue of  35,248,441 shares at a  price of 28.4 pence.  Hummingbird describes the Kouroussa gold project as a high grade, high margin gold project based on  a  mineral resource of 1.18 million ounces of gold at  greater than 3g/t.  I have not been able to find an independent technical report on Hummingbird’s website to support the resource statement in its News Release on the 8th June.

The current share price of Hummingbird shares is 33.20 pence which shows  a healthy rise of 17% over the strike price for the deal in June .  Clearly the market liked the acquisition of Kouroussa. The shares issued to Cassidy now represent nine  percent of the enlarged company and these shares are subject to a 12 month lock-in[4].  Cassidy also gets a 2% net smelter royalty on all gold sales subject to a maximum of 2.2 million ounces of production and sales. Some gold projects never die but just fade away and flicker back to life nearly two decades later.

To begin to grasp the great expanse of time then geology is a chisel to prise open the lid on eternity.  The rocks settle gently down into conformable strata during quiescence periods but then the tilted layers of angular disconformities mark great mountain-building orogenies. As geologist James Hutton observed 250 years ago: enquiry with no vestige of a beginning and  no prospect of an end[5].  Sometimes I think that Hutton’s enchanting observation could be applied to mineral exploration projects. And we should ignore history at our peril. In our due diligence we should delve into the history of every mineral project with the assiduous focus of George Simenon’s Detective Jules Maigret.

So much for time. What about a handle on distance? Astronomy is a forceps to tentatively grasp the magnitude of distance in the universe from heavy foot to light year. I note that  on July 22nd the Neowise comet C/2020 F3 will pass about 100 million kilometres from earth.  That is relatively close for a comet passing by our earth. How far is 100 million kilometres? If you were to get in your car and drive at 100 kilometres per hour and keep that speed constant then it would take 114 years to get that far.

Disclaimer:  My opinions, observations or  comments should not be taken as investment guidance.  I am not a shareholder of Iamgold or Hummingbird Resources.

[1] Nassim Nicholas Taleb; The Black Swan (2007) described by The Sunday Times as one of the 12 most influential books since World War II.

[3] The gold talent is reported as weighing roughly the same as a person, and so perhaps 50 kg (>110 lb avoirdupois).

[4] If a gold reserve published (or processed if not included in a reserve) in excess of 400,000 ounces of gold (subject to a maximum of one million ounces, or £6 million) is reached then a further consideration of £10 for every reserve ounce of gold will be paid.