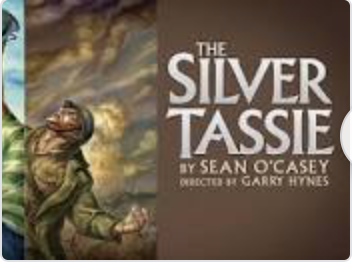 Last Friday  I mentioned gold and silver as interesting precious metals and referenced the historic price ratio between the two metals. I did mention that based on historical ratios that silver was undervalued significantly compared to gold.  The same day the silver price climbed five percent in just one day from $14.67 to finish at $15.41.  As the week moved on silver  gained another 11.4% during the week to trade at $17.16 at the time of writing. The gold to silver ratio is now at 99 which is still much, much higher than the long run historical average in a range between 55 and 60.

Interesting to see the prices rise against the backdrop of ballooning global money-supply.  A plan to drown the Covid-19 hydra monster with a deluge of money.  The gold price rose early in the week and took a rest yesterday and finished up today about where it was last Friday.

Gold’s rarity and the fact that it does not tarnish sets it apart from silver.  About 50 percent of silver consumption stems from industrial demand as against 10 percent for gold. For this reason some see silver  better correlated with industrial metals.  Silver is also a by-product of many polymetallic mines and so significant production is not sensitive to price.  However the historic gold to silver ratio is still interesting and you may see it as irrelevant.  When investors see that gold as getting too pricey some switch to silver.  For those interested in this topic a recent report by Capital Economics and Refinitv might be of interest:  https://www.kitco.com/news/2020-05-19/Is-silver-a-high-beta-version-of-gold-Capital-Economics-looks-at-key-price-drivers.html

One of the big criticisms of the gold miners in the past was that they were more focused on building gold resources at the expense of the quality of those ounces. Quality here being a product of grade, jurisdiction and mineability.  Evy Hambro of Blackrock was one of most strident critics of the gold mining sector.  Last September, the  Shareholder’s Gold Council (SHC)  https://www.goldcouncil.net/  was quoted in an article in the Financial Times that mid-tier gold producers needed to merge to cut out wasteful corporate overhead. https://www.ft.com/content/28ad6390-d552-11e9-a0bd-ab8ec6435630.  To get exposure to gold you can buy the metal or buy shares in a gold miner.  Investment in the miner provides much more leverage and potential reward but also brings  a raft of risks and hence more volatility.  There is management-risk and exploration-risk and clearly the sector needs focus much more on profitability and cutting corporate overhead. The proposed at-market merger of mid-tier equals SSR and Alacer Gold announced on Monday, May 11th is interesting  in the context of the SHC comments.  But M&A is often not a panacea.

So far this year Canada –listed mid-tier gold producers have reported an aggregate 1.4 million ounces of gold production for the first quarter to March 31, an increase of 12.8% over the first quarter of 2019. All this gold at an aggregate all-in sustaining cost (AISC) of $1,050/oz but up 11.1% from $945/oz on the previous year. Despite higher gold prices, eight of the 17 companies in this bracket returned net losses. In some cases this was the result of extraordinary costs.  Covid-19 is likely to lower production and increase costs further.

I mentioned Iamgold last week which I see as a super mid-tier gold miner simply because of its gold production not sterling performance. Iamgold mines between 700,000 to 800,000 ounce of gold per annum from four mines in Canada, South America and West Africa.  Iamgold is listed in Canada under ticker IMG and on the NYSE under ticker IAG. Current market capitalisation is CDN$2.47 billion at a share price of CDN$5.25.

It is one of the higher-cost producers in its peer-group but therein lies the interest.  A mid-tier gold producer that mines a lot of gold at a relatively higher cost is much more leveraged to much higher gold prices and cheaper oil than a smaller producer with higher profit margins such as Alacer Gold. Iamgold has hedged some of their oil inputs which was probably prudent at the time but takes away some of the sizzle.

The choice is between staying focused on the thoroughbred with more efficient management and higher quality gold assets and not be distracted by a rising gold price or to take the short-term opportunity to recognise a draught horse with many more ounces of gold to soak up these much higher gold prices that may go much higher.  The risk is yours.  By all means do your own due diligence and uncover your own golden nuggets.

Nothing you read here should in any way be taken as investment advice. What you read here are just a magpie’s picking of curious historical observations which sparkle (to me) and might shed a little light on what lies ahead.  But then it might all be all so irrelevant.  Most certainly and always do your own due diligence before you make any investment.

Disclaimer:  I am not a shareholder in Iamgold but I have bought both gold and silver ETC/ETFs in the last couple of weeks.

If you enjoyed this article and aren’t already a subscriber, you can click here to sign up to my newsletter.

2 thoughts on “I am Gold and the Silver Tassie”