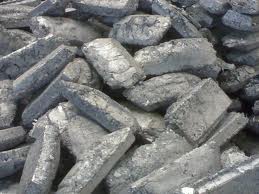 As credit tightened in China over the last while it became popular to use metal inventories in the warehouses of Chinese ports as collateral for loans.  The problem occurs when dishonest people get involved in pledging the same stock of metal as security for multiple loans from several banks.  Apparently there could be as much as $130 billion secured in these metal financing deals.  You would think that a bank would go into the warehouse to take stock, but I guess not.  Does this mean that the stocks of metal in China may be overstated?  We must wait for details of this alleged fraud to unfold.

Apparently the World population is growing at a rate of 1.14% which is about 80 million people per year and which as it turns out is almost the same population as Germany.  If the new souls were all German then we would certainly predict a major increase in demand for metals.  However most of the new babies are born into a life of subsistence.  The ranks of the middle-class consumer are expected to swell by one billion people between 2010 and 2020 and that means consumption as incomes grow.  In emerging markets apparently the most commonly accepted threshold for graduation from subsistence to middleclass is $10 per day in disposable income – at that level there seems to be a tipping point and people start to consume for convenience.  Convenience translates to metals for the likes of cars and white goods like washing machines and refrigerators.  It is fortunate that we have been able to find a substitute for zinc in galvanising processes so crucial to our way of life .  We are also fortunate that given that there is not nearly a high enough incentive price to offset the risk of exploration for some consierable time now that we have been able to securely abandon the search for a new generation of zinc deposits.