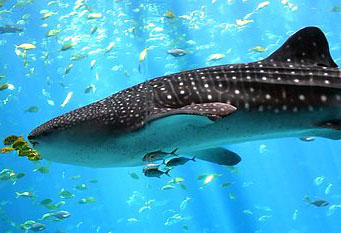 Are we running out of metals?  Peak metal?  Like peak-oil it might seem as Mark Twain remarked that “the reports of my death have been greatly exaggerated”.  My view is that we  must do something soon or we will be past the tipping point.  Another view is that we have plenty of metals to sustain our civilization and that our ingenuity in exploration driven by responsive incentive metal prices will lead to the discoveries beyond our wildest dreams to replace what we mine.  The contention is that this is how it has always been in the past and will be forever – our kingdom come.   But what if they are wrong and the past is not the key to the future.  What if the future is decoupled in a step-change from the present and its past. We would not run out of metal but we would not be able to sustain present consumption levels and this will inevitably lead to substantially higher real prices for metals.  I do not have to be right, just partly right.  And if I am partly right maybe we should hedge that scenario. Are we finding enough copper and zinc and lead and nickel for our future needs?

We might also ask of we are finding enough precious metals also but they are rare by definition and it is a want not a need. Base metals are the backbone of our industrial and infrastructural development.  We are simply not nearly exploring at the level to make a difference.  There still appears to be anorexic investor-appetite for exploration risk and financing the search.

Richard Schodde (MinEX Consulting in Australia) was invited recently to Levi in Finland to talk on just this subject. He spoke at the Fennoscandian Exploration and Mining (FEM) Conference*.  Richard’s unavoidable conclusion is that the global mining industry to sustain itself, either needs to reduce production or increase the exploration spend by more than the 65% currently projected, or it needs to be much more efficient at discovery.  What is more efficient?  Find more by a factor of two.  Or commodity prices have to rise substantially above those currently projected by the analysts; or all above.  It is not a matter of “if’ but “when”.

The key conclusion when you look over the next 10-20 years is that the projected discovery rate isn’t enough to keep the market in-balance for many of the metals.  It is particularly severe for zinc.  Taking the ten year view, the discovery rate for zinc needs to rise by 40% and it does not look very pretty when you look at the next 20 years.

So much for a one-year peak zinc-price spike. What is more is that discoveries are deeper now and harder to find. It will unavoidably cost more per lb of zinc or oz of gold discovered.  The projected incentive prices for metals are far too low to make us bother going out to look.  The expert economists are using prices for these metals that are way too low in their long-term forecasts.

There is solid analysis behind these predictions. Schodde assumes a discovery cost of US$0.03/lb for zinc and a long run commodity price of $1.00/lb for the metal based on latest street consensus.

In the meantime you either take the view that supply-demand will find equilibrium.  With the zinc price now doubled since the beginning of 2016 why not just fund zinc projects which were not economic during the last zinc price  up-cycle?  Some bless their hearts believe this is the least risky way to grab the upswing.  We will find again that he rising zinc price is no substitute for grade – that is if you want to make money.  A quality zinc project will return a margin even in a downswing.  Right now because of very little funding for zinc exploration over the last decade there have been very few  discoveries and quality zinc projects may as well be unicorns.  Pasinex Resources (www.pasinexresources.com) does have a small but very rich jewel in the Taurus Mountains of southern Turkey.

Where are we now at this snap-shot in time.  Overnight, LME zinc inventories were at 232,100 tonnes. Total global zinc stocks are now at 373,000 which is down 50% YTD and YoY. We now have only 9.5 days of consumption stored away.  Is China in supply-demand equilibrium?  Just look at smelter treatment charges.

Some point out that Glencore is holding back about 4% of global zinc mine-supply to bolster the the zinc price and that Chines demand is softening.  Hence a slightly bearish LME week recently in London. We should take heed of what Glencore does as it is the largest and canniest global trader of zinc.  To turn on its big Australian mines will take maybe nine months if they can find and rehire those mining teams.  I do expect these highly experienced miners have been in suspended animation for the last couple of years. They have families to feed.  Glencore is not complacent about future zinc supply.  Last month it announced an investment of  half billion to billion dollars to buy a stake from the Lett family in Peruvian miner Volcan. I believe we are heading for $2/lb zinc in 2018.

It is about none months since I wrote my last blog on zinc. You have been spared from the zinc prophesies of  another John crying in the wilderness.  The zinc price has surged in the interim and I have been busy with my co-founding partners and supporters demarcating hunting reserves to snare the monster.  Staking these exploration licenses in Ireland is like assembling the pieces of a jig-saw. It is a real feat to assemble such large strategic ground positions.  In the past with different explorers held a couple of interlocking pieces here or a cluster of pieces there.  A bit like a game of monopoly.  Nobody had enough ground to work with – just pieces of the picture. The average size of the piece or exploration license in Ireland is about 30 square kilometres give or take.  Why?  Because we use fixed town-land boundaries and both natural and unnatural drainage features.

Why is it all like monopoly?  Because when nobody was buying,  Group Eleven (www.groupelevenresource.com), was able to land on these prospective basins and get the open ground two years ago when the zinc price was half what it is today. And of course why would anyone bother to explore for zinc when inventories of refined metal were at record highs and  the world was still certainly in a state of economic chassis.  These jig-saw pieces are the exploration licences that cover the central corrugated carbonate basins and sub-basins of Ireland.  A world-class zinc district?  Why?  Because in terms of discovery per acre or hectare there has been more lbs of zinc discovered than any other metallotect in the world.  This jewel-box for zinc is only  about 30,000 square kilometres in size.  That is about the size of Belgium.  It was folded during the Caledonian orogeny and crunched and dislocated during the Hercynian or Variscan orogeny.  This later shunt between 380 million and 280 million years ago was key.  It resulted from a collision between Gondwanaland and Laurasia at the breakneck speed of a growing fingernail.  When you push obliquely on an regional tectonic grain or fault fabric it  creates earthquaking stress points but also most importantly dilation zones.  It is these dilational zones along the fauts which form the plumbing conduits to tap the metal-pregnant fluids from deep. And these faults have to move at the right time.  Not too early nor too late for the ejaculation from deep-down beneath.  The clue to when the faults opened up is in the strata  of geological time.  For that you need a stratigrapher who knows the rocks like the back of his hand.

This is the quest for deeper blind deposits.  The explorers who have gone before stumbled over the low hanging fruit close to surface. The big leap forward now is using seismics borrowed the oil n’ gas guys.  It is this technology which has unlocked the SWEX deeps below a kilometre depth at New Boliden’s world-class Navan mine in Ireland. Interpreting seismic profiles is also part art and part science.  You again need the right artist. Navan went into production in 1979 and now has a new lease on life as a result of this deep-vault discovery.  You have to cast a wide net and have consolidated strategic ground positions so you can have the necessary runway for seismic profiles over tens of kilometres. Basically you have to have the pieces of the jig-saw.  Seismics profiles now reveal the structural architecture in an MRI scan down to and beneath five kilo- fathoms .  Drilling only pin pricks to a few hundred metres so you can only see thin-skinned structure.  Crucially, we can now see the deep plumbing faults apart from subsidiary splays.

Group Eleven www.groupelevenresources.com now holds the largest amount of prospective exploration ground for zinc in Ireland. For some the hunt for the Monster, deep in the forest, is too risky and too dangerous even though we know some of these beasts were slain near the clearing.

Disclaimer: The views expressed in this blog are my own personal opinions as an exploration  geologist and keen observer of the zinc sector and these views should not in any way be taken as investment advice.  I am a co-founder of Group Eleven Resources and I am a Director of Pasinex Resources.

“Go out on a limb. That’s where the fruit is.” — Jimmy Carter

It’s we who breathe, in and out, in the sacred

Rising, ruffled, but only the saints

in cliff crevice or edge-out gingerly

On branches close to the nest.

10 thoughts on “Snaring the Monster”