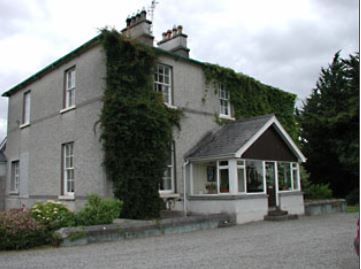 The iron ore price had its biggest single one-day price gain in history on Monday. What happened over the weekend? A sudden supply shortage? More likely irrational exuberance in response to an aspirational plan for the Chinese economy?

China aims to achieve 60 per cent urbanization by 2020 rising from current levels of 54 percent. Auto sales have responded sharply in recent months. The Chinese Association of Automobile Manufacturers (CAAM) projects that the country’s total passenger and car sales will increase by another six percent. This rise will be over the record sales in 2015 to 26 million vehicles this year. Urbanisation needs infrastructure so all these trends are good for metal consumption. Just think of all that steel that needs to be galvanized to protect from rust.

Has pessimism turned to optimism? Not at Goldman Sachs apparently which persists in its negative predictions on metal prices. I read in yesterday’s Financial Times[1] that Bank of America Merrill Lynch predicts that steel is likely to remain over supplied “permanently” even with cutbacks. What kind of a daft statement is that?

Goldman recently predicted a long period of low prices in what it sees as a supply driven market. The recent surge in metal prices has caught Hedge funds short poor craters. Lansdowne has borrowed 227 million Glencore shares which it plans to buy back at lower prices. Luckily Lansdowne is a $22 million hedge fund. By Monday Glencore’s share price had rebounded 90 per cent over the previous 30 days. There is a lot of talking down of this price rally. What difference all that capital could make if it went toward something constructive. It is all seems so parasitic and busy in such a lucrative but useless pursuit. The financial system is indeed gravely interconnected.

Why do they bother to predict anyway? Then change their predictions? It is all a bit futile unless you get paid for it or you want to try and influence the actual outcome. It is as if they were dealing with the ordinary in an extraordinary world. A world where we might believe the possible to be impossible. How could Trump become president of the US? Putin locked out of the Kremlin in a coup d’état. Another Korean war? A global flu pandemic, or maybe a meteorite impact. The sudden acceleration in global warming beyond the tipping point. Maybe just a UK brexit from the EU and the bolting on of Turkey precipitating the disintegration of the EU.

Some say we have turned the corner. They see some buoyancy as the shadowy hulk starts to rise off the bottom through the murky darkness. The fear of entrapment in the ship-wreck may change fast to the fear of missing out on the booty. Pirates will not want the treasure to emerge.

So in early January the fear of a hard landing for the Chinese economy resulted in a race for the exits. Sixty days later all had changed. We know it will be a serrated edge. Fundamentals are not driving these markets. It is all based on some bipolar emotional response to the world around us. The dismal science of supply and demand is now replaced by a virtual world of fortune tellers. Where scarcity is not important only the anticipation of that scarcity. Predictions based on a conceit. A conceit because nothing is what it seems.

Ignore the pundits and analysts. Focus on the fact that a natural metallic resource or a fossil hydrocarbon is finite. Metals are quite a heterogeneous bunch and not a homogenous group with similar market fundamentals. It is among the delicate filigree that the value gaps emerge.

In an efficient market price should reflect supply and demand and not contrived supply and notional demand. But price should also provide a stimulant to explore. Without that stimulant future supply is under clear and present danger. Eventually as you exploit the best resources you will just be left with the low-grade. These resources will cost much more to develop and so demand higher prices.

Drilling around active or derelict mines is not exploration. No more than the meanderings of a polar explorer around the grounds of his demesne. It could be Ernest Shackleton walking around the grounds of Kilkea Castle. He was born nearby in Kilkea House (shown in featured image) close to Athy in County Kildare on February 15th, 1874. Kilkea Castle was the stronghold of the Fitzgeralds and earls of Kildare. In the early 19th century they moved to Carton House outside Maynooth just a stone’s throw from where I live.

During a supply pinch in May 2006 Goldman raised its forecast for the zinc price to $1.23/lb from $1.19/lb. Goldman also took a bold leap forward over some five years to 2011 and revised its zinc price forecast up 37 per cent to $0.77/lb. By December 2006, just seven months later, speculators had driven the zinc price to $1.99/lb. By December 2008 two years later and shortly after the Global Financial Collapse the zinc price was back down to $0.50/lb. As for Goldman’s leap forward, well the zinc price averaged about $0.86/lb for 2011 – 2013. Averages are great but there is a whole world of intrigue and survival between the means. What is the error-margin around the mean? Don’t cross the river if it is four feet deep on average is a conceit of another kind from The Black Swan by Nasim Nicholas Taleb.. It is a way to explain more concretely why the worst case scenario is often the most important to know. As an investor if you can limit your downside then it is the best case scenario which provides a most compelling option to make a fortune.

1 thought on “Shipwrecks and Polar Explorers”