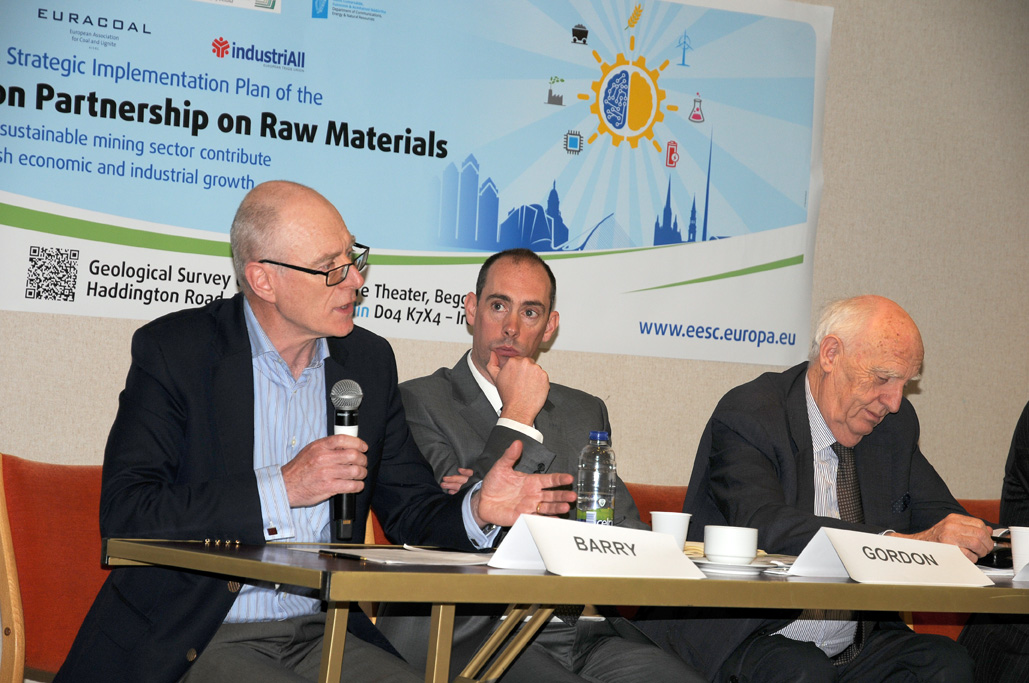 Ireland is basking in brilliant sunshine. Above are blue skies. A blocking high pressure system is squeezing heavy rainclouds over Paris. Dublin is warmer than London! Jaypers, the patrons are squinting in the rays and drinking outside on the footpath. Sunshine is not good for Guinness. The black pint is better in dark musty pubs. It seems every dog has its day in the sun even an Irish summer. And so zinc the basest of metals is on the up, rising 23 % so far this year and just $18 short of $2,000 per tonne. Goldman Sachs last week announced that it likes zinc more than copper. This is making me reconsider my bullish outlook on zinc. Just joking. The sun is out the zinc price is up and the Whitsuntide bank holiday has arrived. Happy days! The future is so bright I must wear shades.

Europe is not taking responsibility for the sustainability its mining industry. That sustainability means discovery of new mine economic deposits. It also means long term supply of metals to support its modern civilization. Europe consumes much more metals than it produces. It can supply only a fraction of its needs. The annual EU deficit in metallic minerals supply alone is €10 billion per annum. It is no longer an option just to import. Europe must now compete with voracious consumer markets in China and India. This means very low risk of higher prices for these imports.

Metals and industrial minerals are vital to tens of millions of EU jobs. They feed or support, directly and indirectly almost every production and processing sector in Europe. Europe needs an effective strategy and not just talking shops. Accelerating global development will lead to even greater strain on raw material supplies in the future. We will look back on the current depressed markets for metals as a curious aberration in years to come.

There are almost 15,000 enterprises in the European Union metals sector. This includes mining, processing, smelting, recycling and other operations. They produce metallic raw materials for European manufacturers turning over more than €225 billion. There are maybe 30 million EU jobs depending on the availability of raw materials. There is a Euro 20:20 strategy. The EU has a target for industry to contribute around 20% of its GDP by 2020. Players and actors will have to stop talking and start acting soon. This 20:20 is no longer a long-term strategy but it is now a medium term strategy which has crept up on us.

A mine is where you find it. You cannot it move it if you do not like the fiscal package or if there a coup d’état. It is not like a technology or pharma company in that respect. As such mines sustain remote and rural communities until ore exhaustion. The trick is to provide something sustainable for the community once the mining stops. Research and technological innovation is great. But you cannot make new discoveries without drilling holes and you need money to drill holes. The best thing the EU could do is get out of the way and give 100% tax write off to investors in companies which explore for new deposits in Europe. They will get it all back once the revenue start flowing. Look to Canada and copy the best.

The European Innovation Partnerships (EIPs) is apparently a new approach to research and innovation. It plans to bring together actors from the entire raw materials value-chain. That is what it says on the tin. Commendable but wonder Boris wants to Brexit. The idea is to help ensure sustainability of raw materials to the European economy. A thriving sector would secure employment in the sector and provide new jobs. I was never sure how governments created jobs. I am sure how they can wipe out jobs.

For some reason I was an invited as a speaker on May 20th in Dublin at a round table on Irish mining. The centrepiece was a Strategic Plan of the European Innovation Partnership on Raw Materials. How can a sustainable mining sector contribute to the Irish economy and industrial growth? Indeed. Maybe get some holes drilled

Ireland was the 10th largest producer of zinc in the world not that long ago. Mines were built on discoveries in an ore field which is the richest zinc district in the world based on zinc per acre. In Ireland we now have only one zinc mine left in production. In my view there is no other greenfield zinc project in Ireland, – the number can be counted on a mutilated hand – which could be in production in less than seven years. It is a (EU) permitting process think like ordering a meal in Michelin-star restaurant. You affect a leisurely approach to quality.  But when you are hungry you need a fast-food outlet.  The food might not melt in your mouth but it is fast and you will not be poisoned.  The developing world is hungry.  Europe’s  prefers French cuisine.

If Boliden’s Navan Mine cannot sustain itself by developing a relatively new and much deeper ore zone then Ireland will have the same zinc production as Monaco. Once the substrate of an indigenous mining industry goes you lose the training-pipeline of young exploration geologists and mining engineers. Romania is a good example of a lost mining generation. If we believe that a nation can flourish as a service provider to the international mining industry without a domestic mining industry then we are deluding ourselves.