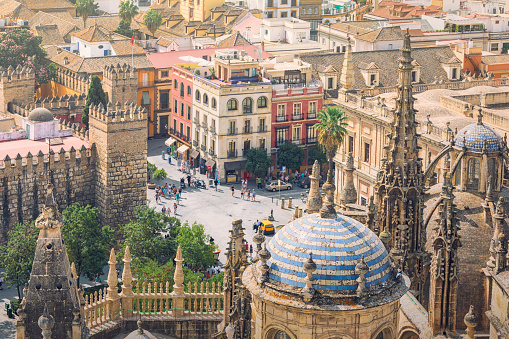 It is surprising and can be funny sometimes when some of our chalk n’ cheese passions collide. Two of my great passions are metal-exploration and tennis. The Serbian Government has cancelled Rio Tinto’s licenses for the Jadar lithium project. The project has a Capex of US$2.4 billion. The development has met with fierce pockets of local and national opposition. Opposition said to include Novak Djokovic There are elections in Serbia later this year. Rio does not have a vote but ballot boxes full of anti-miners the world’s current number one tennis tennis star do.

In June 2020 Djokovic acquired an 80 percent stake in Danish biotech firm QuantBioRes Strangely enough this biotech is trying to develop a treatment to counter COVID-19. I hope for its major investor’s sake that it does not involve any vaccines. I wonder does he also has any shares in mining companies. All I can say is that it is a mad, mad world and good luck to “Novax” in getting into the French Open. If he wants to play tennis at Roland Garros in May then he will have to nimbly navigate his way around French law and President Macron’s emmerder or “piss-off” approach to anti-vaxxers.

Back in June last year I wrote about copper’s bright future – https://irusconsulting.com/copper-shenanigans/.  Suffice to say that copper is one of the most critical metals required for this global clean-energy technological revolution.  Mine supply will frolic with global demand over the next few years consumed with electrification: expanding power grids, The Cloud, datacentres and EV’s.  But visibility is quite blurred on mine-supply in the latter half of this decade.  Will the small planets of red metal we will need come into focus or will some just shimmer in a mirage?

We might think that copper prices are high now.  Granted the copper price is lately generating handsome returns for copper miners. I would argue though that the price is not nearly high enough to attract enough speculative money needed to explore and make increasingly deeper discoveries. McKinsey has calculated that the average return on invested capital (ROIC) for the Materials sector between 1963 and 2004 was less than 10 percent. Of course there are outliers but overall mining is not a great business and maybe why the big miners are keen on other uses of profits such as paying good dividends, buying back their shares and chasing big M&A deals. For the Pharma and Biotech sector the average ROIC over the same period is over 20 percent. This maybe down to much larger investments in R&D as a proportion of revenues compared to the chronic underspend on exploration in the Materials sector.  It has been shown time and time again that the rate of new discoveries is directly liked to the amount of holes you drill. Some miners like to consider lower risk near-mine brownfield exploration as real “R&D”. True greenfield exploration targeting deep, blind orebodies will need to discover deposits with at a scale (Tier One) that and grade to cover the huge costs of going deeper if current metal prices do not increase substantially by mid decade.  Something will have to give.  Grade or metal price.  Maybe it will be the revenge of the geologist after all.

My next blog on anything quirky that takes my fancy will be from the Triana district of Sevilla where I am going to stay for a few months.  I am going to Sevilla for winter sun, the Andalusian culture of music, flamenco and stunning architecture and of course the cuisine and the wine.  Sevilla just so happens to be the sunny gateway to the Iberian Pyrite Belts which is one of the greatest concentrations of iron and base metal sulphides on earth.

On October 12, 1492, Rodrigo de Triana while on Christopher Columbus’ ship La Pinta, sighted a land that was called Guanahani, a Bahamian Island and as they say the rest is history.

The Spanish discovery of the Americas brought huge prosperity to the city. Sevilla became the centre of the exploration and exploitation of America through the Casa de Contratación (“House of Trade”), which was established there in 1503 to regulate commerce between Spain and the New World. For two centuries Sevilla was to hold a dominant position in Spain’s New World commerce; it was the site of the chief mint for gold and silver from the Americas.  Sevilla was the richest and most populous city in Spain in the 16th century, with some 150,000 inhabitants in 1588. This brilliance was fleeting, however, since Sevilla’s prosperity was based almost entirely on the exploitation of the colonies rather than on local industry and trade. As a result, Sevilla’s economy declined in the 17th century, though its cultural life underwent a great flowering at that time. The painters Diego Velázquez, Francisco de Zurbarán, and Bartolomé Esteban Murillo, the sculptor Juan Martínez Montañés, and the poet Fernando de Herrera are the glories of Sevilla and of Spain. Miguel de Cervantes conceived of his novel Don Quixote while he was confined in Sevilla’s jail.

Disclaimer:  I own some shares in Rio Tinto and Grupo Mexico.  My comments above may be of some interest to some readers but by all means do your own research.  Nothing I write should be construed as investment advice.  After all I am just a humble, semi-retired geologist.

8 thoughts on “When Passions Collide”