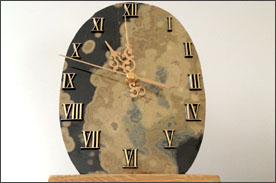 In 1974, some forty years ago now, Marc Rich and co-worker Pincus Green set up their own company in Switzerland as Marc Rich & Co. AG.  In his book King of Oil, Daniel Amman describes how Marc Rich’s attempt in the early 1990’s to corner the zinc market was the worst deal of his career.  This single bad deal on zinc was to cost him $172 million and take his commodity trading company to the edge of collapse.  It was a deal that finally forced him to sell his company in 1994 in a management buyout to form Glencore.

The trouble began in July 1992 when David Rosenberg , a young trader, decided he was ready to take a reckless punt to try to secretly corner the zinc market in a blatant attempt to manipulate the global zinc price.  He collaborated with important rivals Metallgesellschaft AF of Germany and Asturiana de Zinc SA of Spain. By September 1992 zinc had risen to $1,400 per metric tonne on the back of buying by Rosenberg and his accomplices.  They bought one million metric tonnes of zinc or about 20 percent of the annual global production at the time representing nearly two thirds of zinc traded on the London Metal Exchange (LMW).  It was a $1 billion attempt to artificially reduce the global zinc supply.  Finally the bubble burst when the word got out and by November of that year the price of zinc had collapse by 25 percent to $1,050 per tonne.  There was no way out but to limit losses and the liquidation of long positions as quickly as possible almost bankrupted Rich.

So what has happened since?  Between 1975 and 2000 chronic oversupply resulted in low zinc prices and low zinc mine profitability.  Zinc miners traditionally make really good money in maybe only two out of every ten years and who wants to be in a business like that.  If you miss the cycle with the relatively short mine life of a small to medium size mine you might miss a price spike altogether.  And most zinc mines are relatively small and unimportant to the Majors.

There is a strong and compelling case for  the price of zinc to rise substantially in the medium term. China consumes about 45 percent of global zinc production and although there will be bumps along the way the consumption trend will continue to increase because of economic growth and urbanisation in China. It is estimated that between 2007 and 2022 that three hundred million Chinese will have moved to cities and such urbanisation devours metals such as zinc.  I think it will be this year when theprice of zinc to “breaksout” on the back of realisation and expectation but some think it will take longer, however most are agreed that reduced mine supply will simply not keep up with even modest growth in the global economy.  Global stockpiles have run down since late 2013.  In terms of a days-of-consumption warehouse inventories are at the lowest levels since 2010.  The much heralded mine-supply squeeze should start to come into focus as demand for the metal picks up.  Admittedly this supply gap has been trumpeted for quite some time but we did experience major economic turbulence in the form of the global financial crisis which impacted demand considerably and which at one point drove the zinc price down to an unsustainable 55 cents/lb in late 2008.  At that time the zinc price was below the marginal cost of production for some 70 percent of zinc mines around the world.

Glencore Xstrata’s Brunswick and Perseverance mines closed last year, Vedanta Resources’ Lisheen mine in Ireland is winding down and zinc production from MMG’s Century mine is expected to stop in 2015.  However, there are only a handful of new zinc projects coming into production to replace this lost output.  There are very,very few Junior companies in the space compared to copper and gold and the Majors are now focused on cost cutting and as we all know production-focused miners usually see exploration as an expense.

Several more major mines with production greater than 200,000 tonnes of zinc in concentrate per year are due to close with the list including Golden Grove, Lisheen, Century, Skorpion and Pomorzany.  Big zinc mines are hard to replace because most zinc mines are relatively small compared to copper mines.

It takes seven to ten years if an economic discovery is made to build a resource, complete environmental and engineering studies, permit, finance, and then build and commission a new mine.  This lead-time from discovery to production is the crux and to address it news planning with joined up thinking and not knee-jerk responses to metal proices and short0term demand. In the meantime for geologists to explore, for projects to attract finance and  engineers to build new mines requires a price stimulus.  What geologist with any sense would get out there and engage in grassroots exploration when you can look for metals with a higher margin such as copper and gold.  And to put it simply, if you are not exploring and drilling holes then you are not making discoveries.  This is not a new problem.  We have simply run out of time after years of muttering among ourselves about the impending shortfall in zinc mine supply.

So why was Glencore’s birth in 1994 resulting from a failed attempt to corner the  $30 billion–a-year zinc market relevant now?  Following on the thread of Glencore’s sustained interest in this most modest of metals we find that with over 20 zinc mines around the world in its portfolio and now with the relatively recent takeover of Xstrata we have by far the world’s top zinc miner at 11.5 percent of global concentrate production and eight percent of refined zinc production.  Glencore as a trader also has equity stakes in other producers such as Peru’s Volcan.  The new Glenstrata has a staggering 35 percent of Europe’s zinc smelting capacity.  So as the old saying goes “if the trader gets the most and the smelter gets less and the miner gets least” then the new Glenstrata looks to be in an interesting position and can strengthen that position further by focusing on incremental smaller deals to build ever increasing market share in the supply chain just as the supply-demand gap widens.  Metal traders control the market and can react to prices in fractions of second and rarely lose money unless they are foolish.  This is in stark contrast to the miner who is a price taker with limited flexibility on the cost-side and  involved in a medium to long term projects lasting many years. Metal traders control the market and Glencore is one of the largest traders. If your timing is out in the market you will never make money even if you are very smart. So you need to manage “timing” in the market and to do that you need control.  Premiums can be squeezed from the end user by moving metal to warehouses such as New Orleans far removed from the main demand  in the Far East. The load-out-rates from metal warehouses around the world has attracted a lot of a attention over the last year as a possible artifical bottlekneck driving up prices.  The miner does not have such flexibility to manage time – he has to keep the mine and mill operating to pay the bills in a lower margin business.  So who owns the warehouses?  We can leave that to another day. In the meantime it is important that you do not believe everything you hear from a metal trader as he will only tell you what suits his current inventory.